Every day on our Facebook page we’re posting some fascinating facts about the landscape, heritage and history of Romney Marsh – these have been going down very well so do take a look! We’re also inviting local organisations, heritage venues and museums to send some #fifthcontinentfacts in to us – the more obscure the better! If you’d like to get involved then send us a Facebook message or e-mail us at fifth.continent@kentwildlife.org.uk 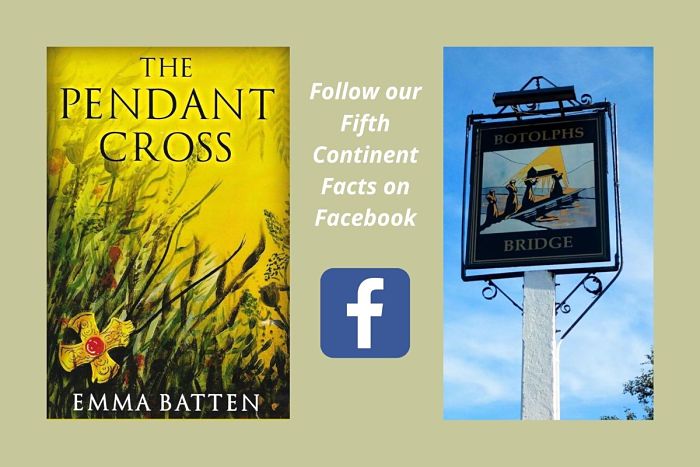 To give you a taste, here is one of posts about St. Botolph!

The English monk St. Botolph lived in the seventh century and he was a contemporary of Folkestone’s St. Eanswythe (more on St. Eanswythe later!). Many popular tales have been told about St. Botolph, since there is very little known historical fact.

The Anglo-Saxon Chronicle records for the year 653: “The Middle Angles, under earldorman Peada, received the true faith. King Anna was killed and Botolph began to build the church at Ikanho” – indicating that Botolph founded the monastery of Icanho in Suffolk. It was here that he was meant to be buried, but there are many tales of what actually happened….

When the monastery was eventually destroyed by Vikings two centuries later, Botolph’s remains were divided and moved several times, with some ending up at Westminster Abbey. Botolph became the patron saint of wayfarers.

So where does Romney Marsh come in?!..

This #fifthcontinentfact was submitted by Emma Batten, local author of historical fiction, and it inspired her book The Pendant Cross…

“The sign on Botolph’s Bridge Inn at West Hythe depicts the legend of Saint Botolph. In the year 680 AD, at a time when much of Romney Marsh was still tidal marshland, legend has it that the body of Saint Botolph was transported in the dead of night and buried in a secret location on Romney Marsh. It is said that a ray of light came from the heavens, showing the way across a water-filled ditch, and enabling the monks bearing Botolph’s body to continue with their journey.”

The Botolph’s Bridge Inn is the likely site of a historic bridge onto Romney Marsh proper from West Hythe. It would probably not have been possible to build a bridge between West Hythe and Romney Marsh before the tidal inlet below Stutfall began to silt up.

You can read more about the history of Botolph’s Bridge Inn here: http://www.dover-kent.com/Botolph-Bridge-Inn-Hythe.html