This project to revitalise ditches and engage with landowners lies at the heart of the conservation aims of the Fifth Continent Scheme and as you might expect there has been lots of work going on in the last few years despite the challenges presented by Covid 19 during 2020. Interest from farmers started slowly when the project first launched, as it took some time for us to explain to farmers what we were offering and what were the benefits for them.

Listed below are the key achievements with this project. Please click on the green bars to reveal information on what has been achieved to date.

Since the start of the project we have completed capital works to improve ditches and plant trees working with 10 different landowners spread across the Marsh. To select just a couple to highlight the range of good work:

These examples demonstrate very well the value of working with landholdings of all sizes across the marsh to get the message across that with some extra planning and investment ditches can be both great for farm businesses whilst at the same time providing a valuable resource for wildlife for years to come. 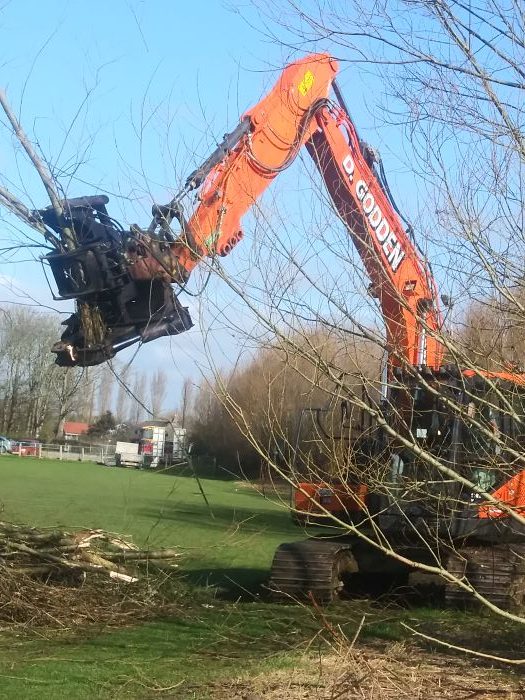 We have also worked with the Town Council, the Internal Drainage Board and the Football Club right at the heart of the New Romney community to provide a lasting beneficial legacy. On one side of the football ground on Station Road is an unloved ditch with a sad story – for years this ditch has been an eyesore, plagued by fly-tipping of household furniture, wooden fencing and other bulky items. This rubbish load combined with the natural fall of branches and leaves from many willow trees resulted in the ditch becoming blocked and the water stagnant. The willow trees were very large and so almost no light was able to reach the bottom of the ditch and there were very few species of plants or animals – a ditch in very poor condition.

There were no funds available to restore the ditch which is where the Fifth Continent came in – over the last 2 years, we have pollarded willows, removed many of the larger trees, dug the ditch, removed the rubbish in cooperation with the local litter-picking group and by the end of March 2021 the ditch was once again ready for wildlife to move back in and local people to value and enjoy.

The third component of the project has always been about sharing information and starting conversations with landowners around the value of their ditches and the steps they can take to improve them for wildlife.

As well as numerous one to one conversations, the project has also organised farmer oriented meetings in collaboration with the Romney Marsh Farm Cluster, including:

There have been some really interesting discussions and farmers have brought many ideas to the table – both the benefits as well as the downsides of changing the way they farm.

REVAMP OF 2.4km OF DITCHES

The project has been working with a local landowner to completely revamp the design and function of 2.4kms of ditches surrounding some of his arable fields near Newchurch. This has been a really exciting project because as well as the normal ditch re-profiling work we have been able to create pools in 5 tight corners which he could never normally crop – these pools will act as mini-reedbeds and hold water well into even the driest years.

In cooperation with Megan Angus from the Romney Farm Cluster we held a meeting with local farmers and landowners to discuss opportunities from the new agri-environment scheme from the UK government – Environmental Land Management (ELM) – and what farmers need to think about now. This will kick-off in 2022 and is the replacement for European schemes post-Brexit. 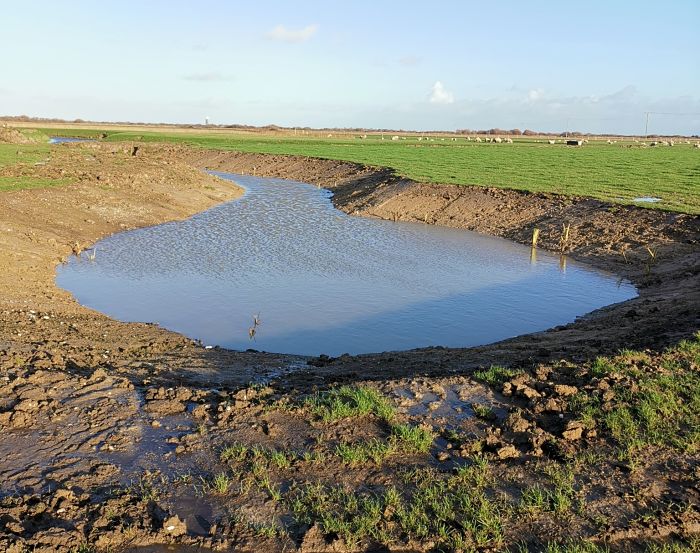 We have created a new ditch feature with a bay end on the same smallholding. I say new, but actually the ditch can be seen on old maps up to 1799 and then it magically disappears from later maps so we decided to re-instate it and put in a water control device so more water will be held in the dry summer months – much better for biodiversity 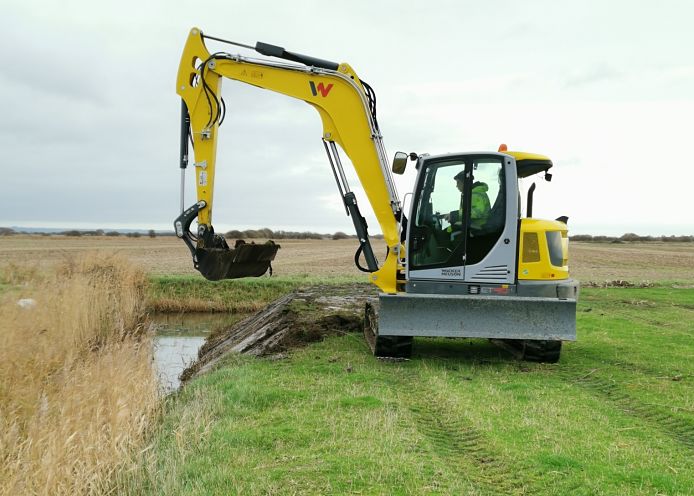 Interesting work to improve an existing 200m ditch on a smallholding on the Dengemarsh Road outside Lydd has been completed. The existing ditch had not been managed for a number of years and needed to be re-profiled, de-silted and widened to create habitat for many more species.

Ditch improvement at the centre of local community 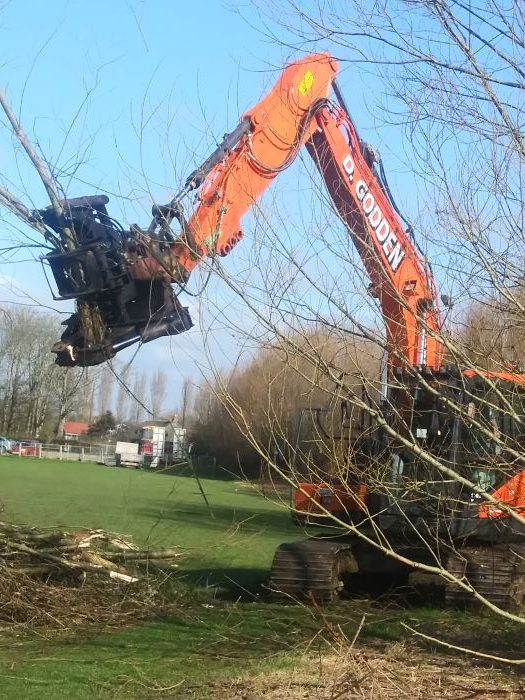 The ditch running alongside the New Romney Youth Football Club pitch is in the process of being revitalised for wildlife and people. We are pruning willow trees to increase light levels and will then work with the local litter picking group to clear fly tipping and other rubbish to improve the local amenity. It is estimated that the works will be completed in March. 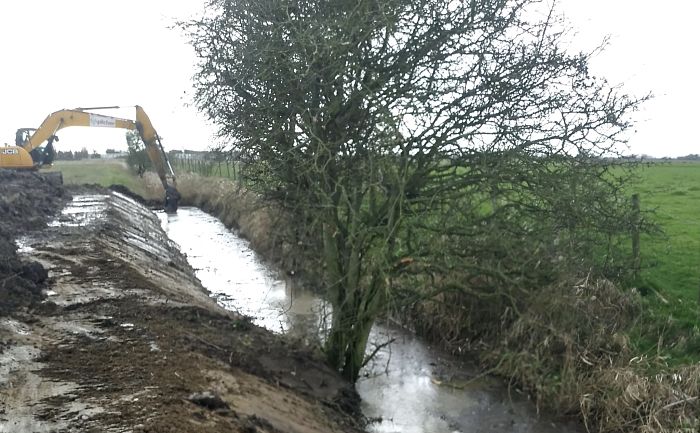 Ditch-work is being undertaken near Dymchurch, just off the Eastbridge Road to the rear of Dymchurch Recreation ground. We have been working with the local farmer to reprofile a 1,000m length of ditch to open them up to allow more light to reach the bottom of the ditches. This allows a much greater diversity of aquatic plants, invertebrates and other animals.

We recently met with farmers from across the marsh to discuss farming clusters, enhancing biodiversity and cover cropping. The meeting took place in Ivy Church on 25 Feb.

Workshop on managing ditches for wildlife

Workshop took place on 18 June. The workshop was well attended by local landowners, where we had a very interesting talk on soil health from Amanda Bennett. We also visited two sites and had lots of interesting discussions, and the bacon sandwiches seemed to go down well! 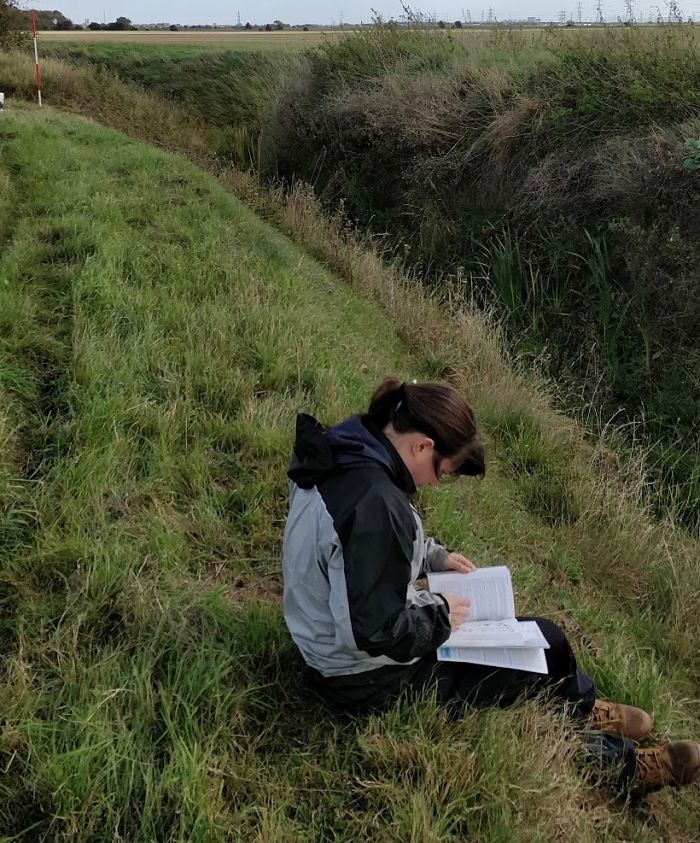 With the help of volunteers, we are now surveying ditches for wildlife. If you are keen to get involved have a look at our volunteering page.

Workshop on managing ditches for wildlife

There will be a workshop for land owners and land managers on managing ditches for wildlife, which is taking place mid June and include presentations on soil health. Uptake has been high but we still have a few spaces left.

Ditch works have completed for the season 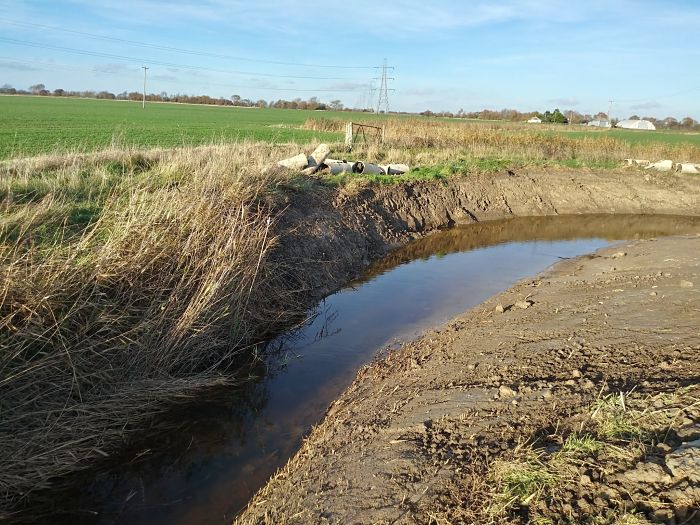 Ditch works have now been completed for the season and we are looking forward to seeing how the ditches develop. Survey season starts shortly, so we are now looking for sites for next year. 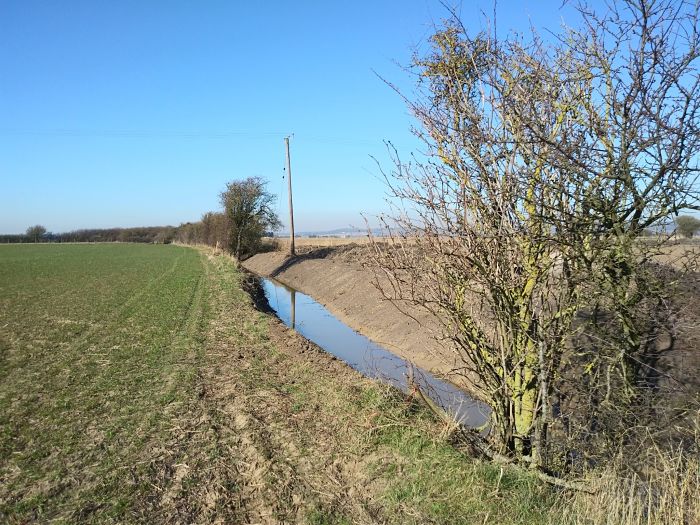 Site visit on 25 February with Bumblebee Project to view ditch works completed on a farm. Where possible Bumblebee Project donate suitable flowers to be planted along the ditch for bumblebees. Now looking for sites for next year. 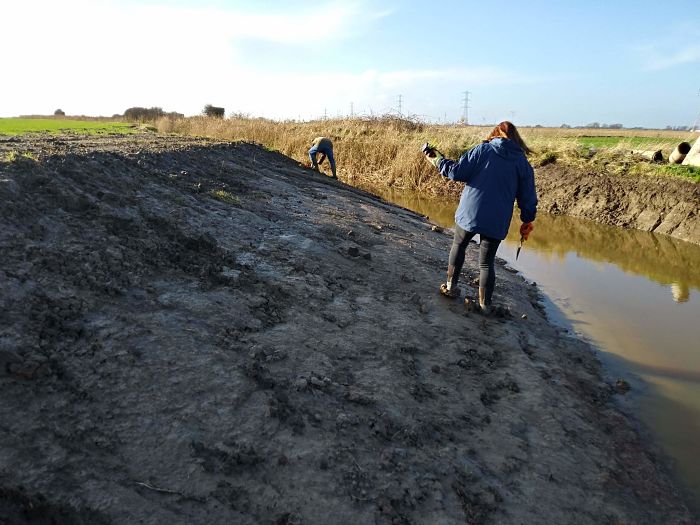 With the help of volunteers, planted Yellow Flag Iris and Purple Loosestrife along the banks of the restored ditch, which helps with the diversity along the ditch and increases the amount of flowering plants for bumblebees. 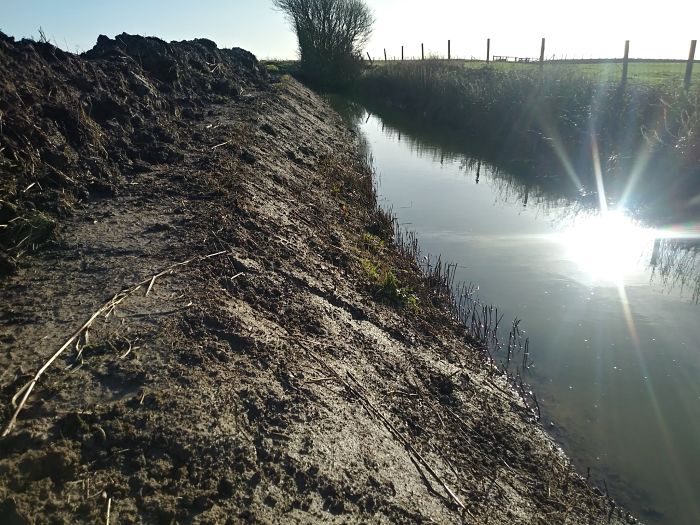 Re-profiled ditch banks – finishing off works at the Little Cheyne Court Wind farm, which brings the total length of re-profiled ditches to 2km.  In same location, the shallow pond we created last year is filling up. 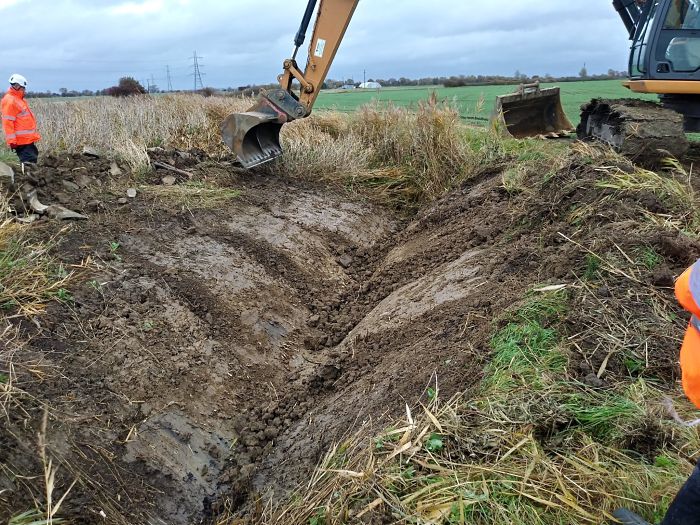 Surveys of additional ditches to inform future works completed.  Report has been written and is now being shared with land owners and partners, with the view to agreeing works for this winter (2018/19)

With the help of volunteers, we have started surveying additional ditches to inform future works. This will continue on a weekly basis for approximately eight weeks. Help with survey work would be gratefully received.

A drone has captured film footage of the works in progress. This will be repeated once the plants have re-grown and put into a film, which will be shared once it is complete.

A drone has been organised to fly over the area to capture film footage of the works to ditches.